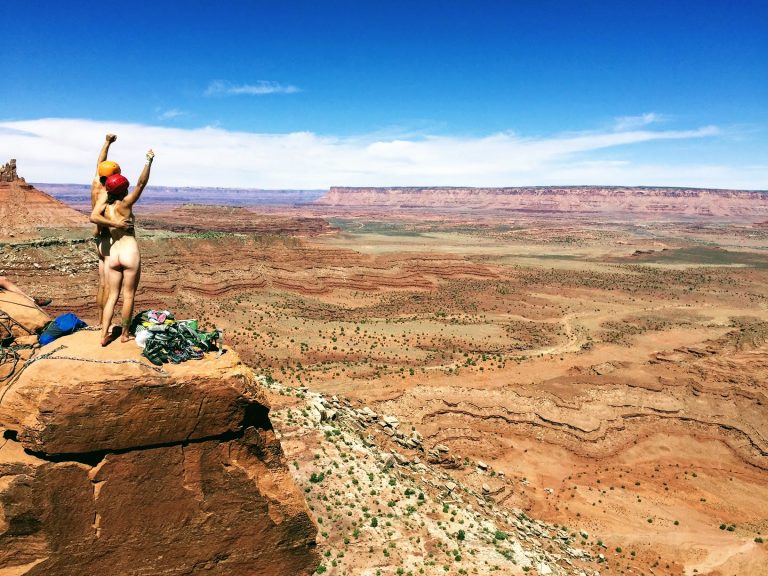 The summit of the South Six Shooter

One thing that we immediately noticed as we began this journey back in September, was the lack of community in our lives while living in the van. We craved a sense of belonging, to a place, to friends and family, to something. We have certainly been welcomed with open arms into other’s communities; whether it was for a neighborhood potluck, invitations into a home for dinner, or new friends letting us sleep in their driveway, we’ve been very lucky. However, until recently we always felt like we were just passing through, not truly an integral part of the places and lives that we intersected with.

The last five weeks, we have been living at a campground in Indian Creek, about an hour outside of Moab. It’s a huge climbing destination for a very specific type of trad climbing, climbing cracks in wingate sandstone. It is not surprising that there are so many good people around when you realize how incredible and unique this location is. It is something better experienced than weakly attempting to capturing the beauty with words, I’m no Edward Abbey.

We have met people from all over the world at this special place and finally feel at home. I don’t know when it happened, but slowly over the last several weeks, coming back to this campground at night and eating potluck dinners with friends every night came to be expected. Waking up to the sun shining on the towering orange cliffs surrounding us became as routine as a morning cup of coffee. People came and went but the majority of our friends, which we met our first night at the creek, were still there when we said our farewells five weeks later.

Maybe Creek Pasture is always like this, but we feel that something very special happened during our time there. Sure, when you’re camping with people you tend to share some food or beer occasionally, but this group of people took the meaning of community to a new level.

It all began with the birth of dumpster stews. Now you may be wondering what in hell that could mean, let me explain. One of our friends selflessly shared some incredible beta; a grocery store in a nearby town, which shall remain unnamed, was closed on Sundays. This meant that they usually threw away a ton of produce the day before. So every Sunday we would drive into town and fill up BOXES of perfectly good produce. We literally didn’t need to buy any vegetable the rest of our trip, there was such a surplus that we could share with everyone at the campground.

I digress, the first night our friend came back with her bounty, we decided to throw it all in a dutch oven with anything else the group could contribute. The results were surprisingly delectable, so good that we kept doing it for the next few weeks! Each concoction was wildly different and never disappointing. 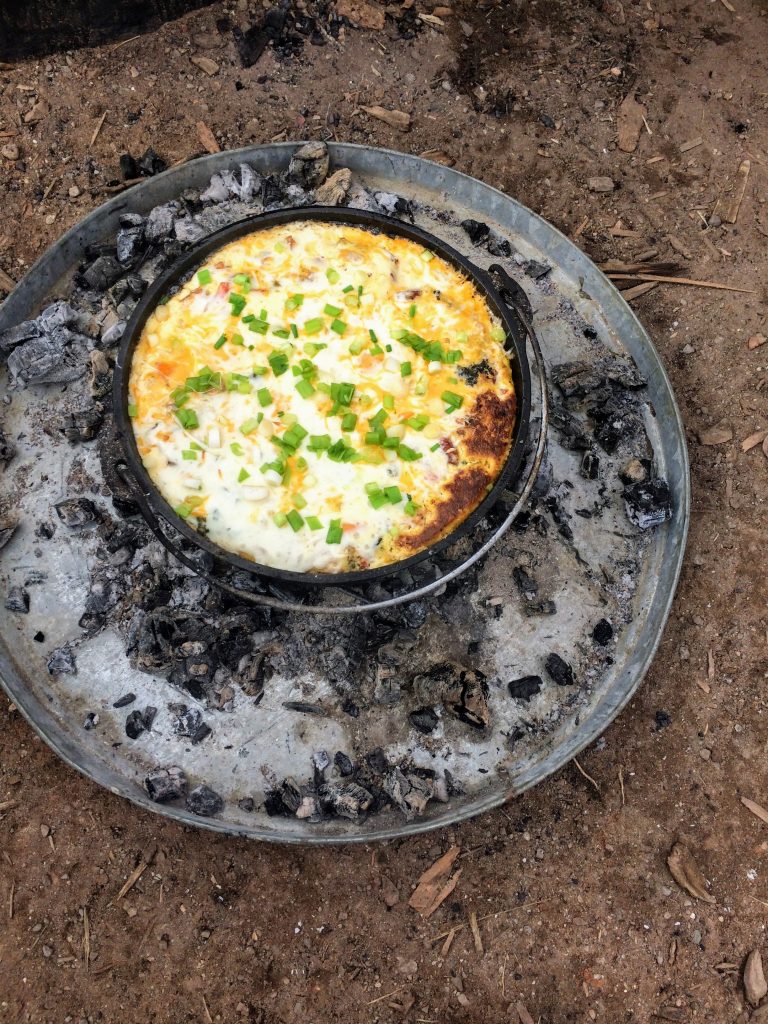 Our dumpster frittata, my mouth is watering just thinking about it.

We proceeded to take it to the next level an began making desserts in the dutch oven. Whenever someone went into town they bought some cake or brownie mix and some fruit. Consequently, we wound up eating multiple desserts each night. No one seemed to mind. 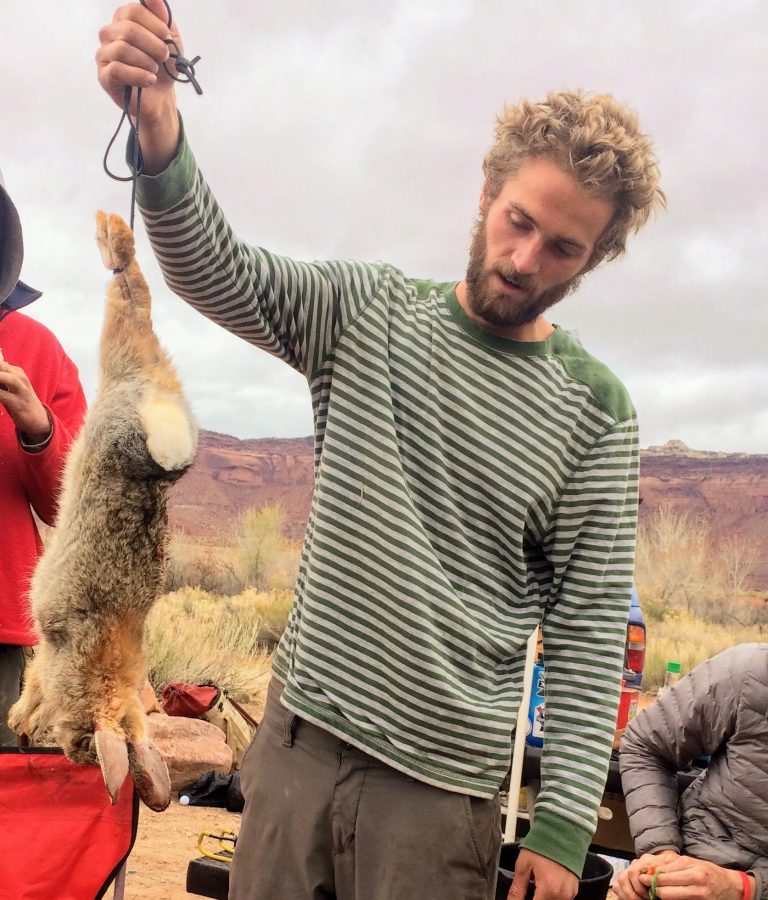 One rainy day Sebastian decided he would feed the tribe by hunting a rabbit. He used a slingshot and we cooked a hearty stew.

By the second day we were sharing everything we had with each other, our stoke, our ingredients, our spices, our beer, our wine, our love for the world. I watched people give their last beer to a friend, or contribute their most prized ingredient to the dumpster stew, and bottles of bullet were a common sight circling the fire at night. The generosity spread like wildfire throughout camp. If we were heading into town, we were sure to buy extra to share with our new family.

This attitude seemed to extend itself into our climbing. I felt myself rooting for my friends even more than myself, deeply invested in their success. I did not expect to begin leading trad while living at the creek, quite frankly its always terrified me and I wasn’t sure I ever would. Something I didn’t expect was the amount of inspiration surrounding me and the confidence that each person instilled in me. There were people constantly pushing themselves beyond their comfort zones, spurred on by the chants of those willing them to from below. 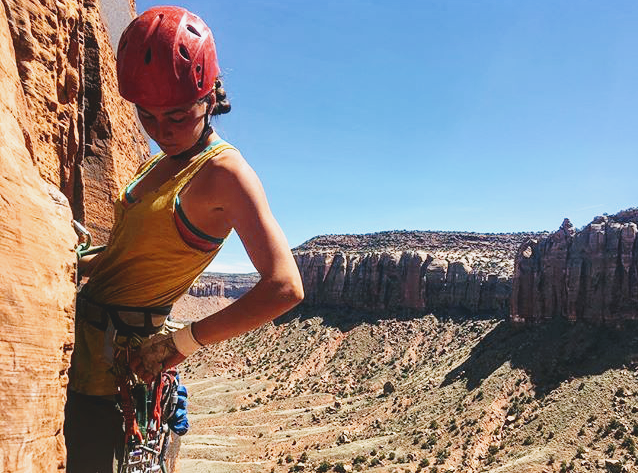 Too often we find ourselves feeling competitive, with ourselves, our friends, the world. Isn’t it better to bring up the people around you while they do the same for you? Wouldn’t we all benefit from a community like this, surrounded by people that truly want each other to succeed. Watching a friend go to battle on a climb, while everyone around is screaming motivation, allows people to reach new levels of achievement, to dig just a little deeper and achieve things they didn’t know they were capable of.

It was incredibly hard to say goodbye to this spiritual canyon that seemed to share as much as the people in it, but I know we will carry the experiences we have had in this place, with these remarkable people, for the rest of our lives. We will try to embrace our neighbors as family, and give more than we take. Throw on a pot of dumpster stew, pass around the whiskey, and bullshit around a fire, you might just end up changing the world, or at least making some new friends. 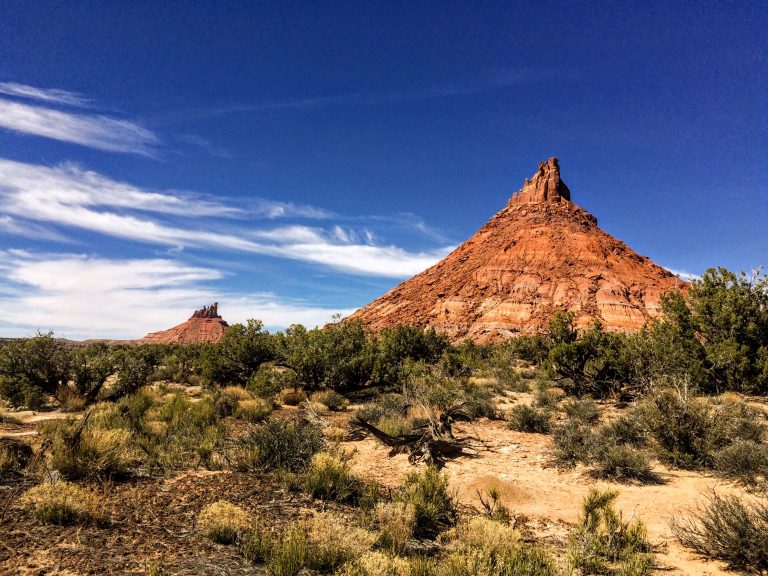 On our last day we decided to climb the south six shooter (right). It was a great way to top off our month in the desert.

One of our hikes through Canyonlands National Park 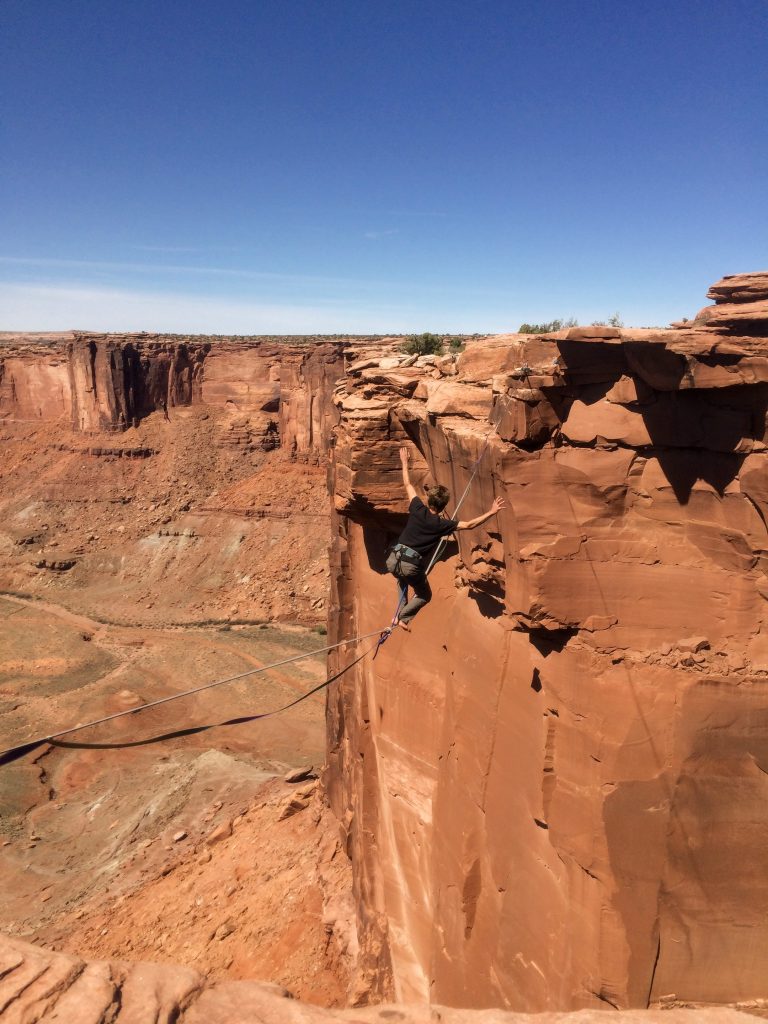 Sebastian crushing Big Mellons at the Fruit Bowl. It was a short stop but so good to see the slackline family! 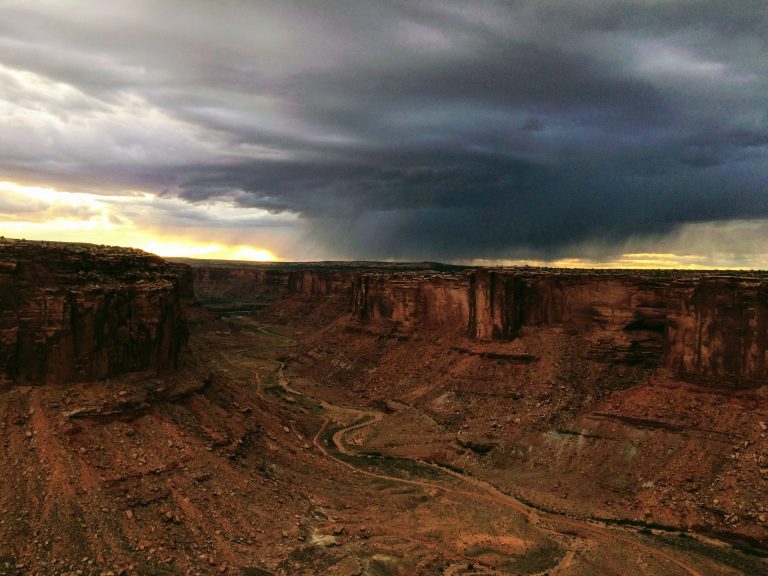 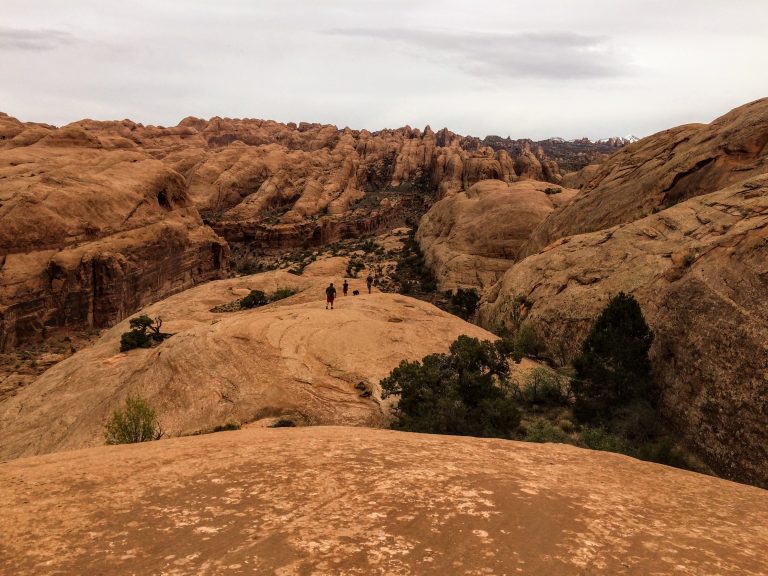 “But the love of wilderness is more than a hunger for what is always beyond reach; it is also an expression of loyalty to the earth, the earth which bore us and sustains us, the only home we shall ever know, the only paradise we ever need- if only we had the eyes to see it. Original sin, the true original sin, is the blind destruction for the sake of greed of this natural paradise which lies all around us- if only we were worth of it.” -Edward Abbey

To all of you at Creek Pasture, we love and miss you! Thanks for making the world (or at least ours) a better place :]